A few thoughts/notes to add before tomorrow’s game:

Not the best angle, but here is the first Wentz TD throw, at the moment of release.    Matthews is the blurry WR in the lower left corner.  That’s relatively good coverage, and Wentz still saw the opportunity, took it, and made a perfect throw. 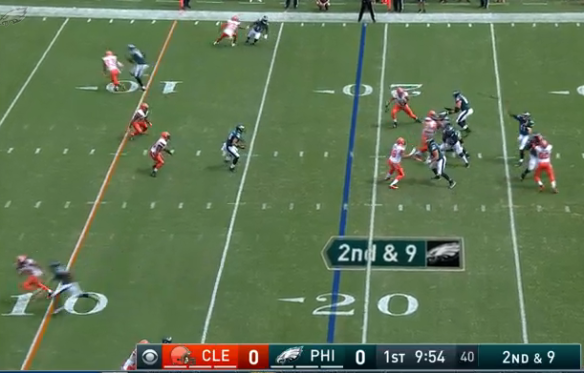 Here is a shot put together by @NFLosophy showing the coverage on Went’s 3rd down conversion to Matthews: 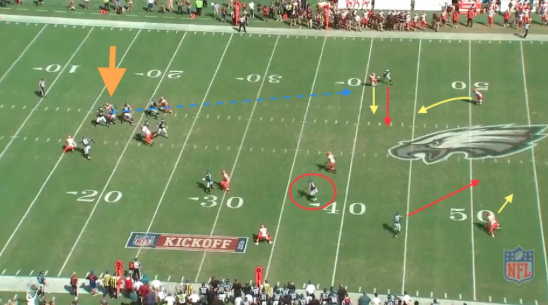 Again, the coverage is good, and many QBs (ahem..Bradford), wouldn’t have made the throw.  Perhaps Wentz made the wrong read here.  However, the fact that the scenario shown above was a conversion opportunity for Wentz suggests there is huge upside for him as a player.  If that’s all the window he needs, he’s going to be extremely difficult to defend, regardless of who his recievers are.

Keep any eye one whether he attempts/completes passes into similarly tight coverage tomorrow night.